Science Under the Stars has expanded to include the Austin Public Library! At Neighborhood Science, previous SUTS speakers will present at different library branches around the city a couple times a month. Stay tuned for more updates!

Pokémon Go has encouraged everyone to go outside and catch Pokémon with their phones. Did you know that most Pokémon are based on real animals, many of which you can find right here in Texas? And you can use apps just like Pokémon Go to find them–while helping scientists with their research at the same time. Come out and learn the many ways in which citizen science has helped researchers around the world and how you can get involved too! 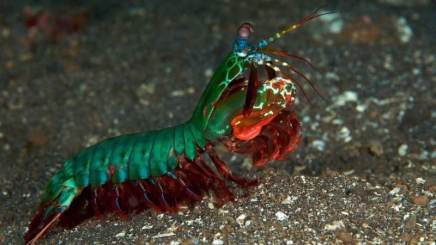 “Science of Superheroes: Superpowers in the Animal Kingdom” (Emily Rees)

If you could have any superpower, what would it be? Would you choose super-strength? The ability to leap over tall buildings in a single bound? Invisibility? Mind-control? These ‘superpowers’ that we see in movies and comic books actually occur in a variety of different animals! Come out to Neighborhood Science to learn about the invisible lurker of the ocean, the fastest punch among animals, and the heavy lifters of the animal kingdom.

Science Under the Stars is a free public outreach lecture series in Austin, Texas. Events are held outdoors at Brackenridge Field Laboratory, 2907 Lake Austin Blvd, Austin, Texas 78703. Arrive early for refreshments and fun activities for kids of all ages!

Dear all,   We are saddened to announce that we will be canceling the remaining Science Under the Stars and Neighborhood Science talks for this semester. UT Austin has implemented restrictions of university-sponsored gatherings of 10 or more people to help curtail the COVID-19 pandemic, and we will be adhering to these new regulations. The […]

It’s that time of the year, mark your calendars! We have four wonderful speakers scheduled for the semester of talks, on the second Thursday of every month: February 13: Natalie Foster – Dust to dust: the life cycle of stars in our universe March 12: Tristan Kubik – Fermented fantasia: a leavenly evening sure to spoil […]

An update on parking at BFL: new signs have been placed in the parking lot that state that parking is only allowed for UT permit-holders. Please disregard these signs; you are allowed to park at BFL for SUTS!